While I do collect identifiable aircraft on stamps, my current preference is to collect aircraft images on cover. Here's one that shows the iconic Douglas DC-3 superimposed on a map of airmail routes in the United States. This cover also has a couple of other collecting points.

First, it is a first-day cover for Sc. C23, the airmail stamp first issued on May 14, 1938 to coincide with the beginning of National Air Mail Week. There were three first-day cities for this stamp, Washington, D.C., Dayton, Ohio, and Saint Petersburg, Florida, the site of the 1938 convention of the American Airmail Society.

A second added collecting point is the label on the reverse. This is Cachet Craft first-day and the preparer has added a company label to the cover. I also collect cinderellas on cover, so this is a bonus for me.

I love aircraft and our hobby . . . stamps!
Think I might begin an aircraft themed collection, myself.
Do you have a large collection?
I flew HH-43 Helicoptors in Vietnam. I wonder if that aircraft ever made it to a stamp?
Anyway . . . nice post!
Keep stamping!
Top

Thanks for your kind words and comments. If flying the HH-43 Kamans, you must have been in one of the air rescue groups operating in Vietnam. Were you Air Force, or Navy/Marine Corps? In any case, that was dangerous work. Thank you for your service!

By most standards, I don't have a large collection of Aircraft on Stamps, or on covers. More covers these days than stamps. I don't recall having either a stamp or cover depicting a HH-43, but surely there is one from some country. I checked my Stanley Gibbons Collect Aircraft on Stamps and didn't find a listing for the Kamans, but mine is the first edition published in 1994. There is an updated edition and may well contain a listing for the HH-43. With a few exceptions, I stopped collecting Aircraft on Stamps in the 1980s and covers around 2005. I still buy a cover or two now and then if there is an interesting aircraft in the cachet or elsewhere on the envelope. I found collecting aircraft on stamps frustrating as dealers are loath to break a set and sell just the stamps depicting airplanes in a set of four to seven. I'll try to post some of my Aircraft on Stamps and other Aircraft on covers in the near future

While never a military or commercial pilot, I do have and maintain a private pilot certificate and still fly regularly. As I age, the airplanes I fly have become more benign. I current own an Ercoupe 415-CD (see below), which is nearly the end of the line of benigness.

Ed, I would certainly encourage anyone and all to collect aircraft/airplanes/rotorcraft, balloons, etc on stamps and covers. There is ton of collectable material available and most of it reasonably priced.

Good to hear from you.

Federated States of Micronesia from 12 December 2007, current for sale on eBay for a couple bucks. 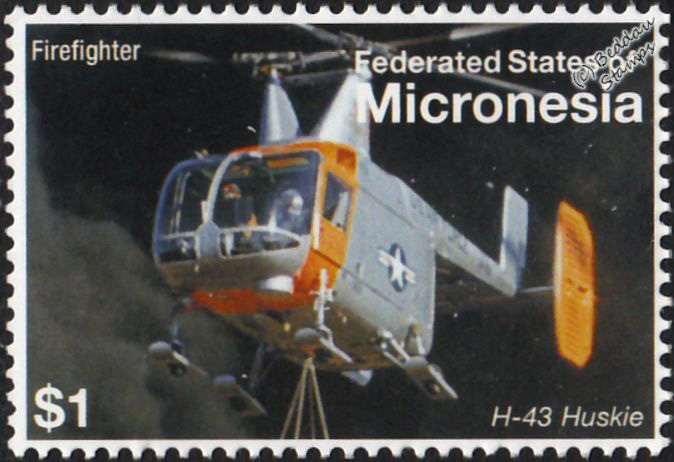 Or how about this, currently on sale on HipPostcard for about $4. 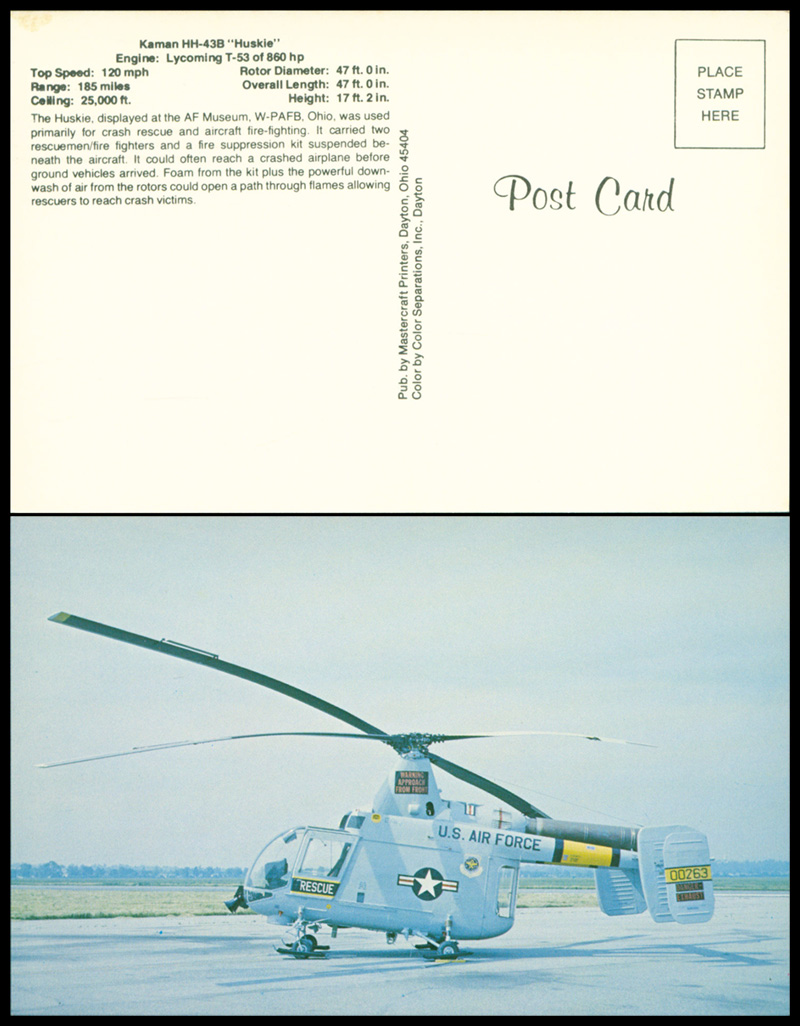 Here is one of my favorite covers depicting aircraft. It is strictly philatelic in origin and hand crafted. My best research on the aircraft identifies it as a Naval Aircraft Factory PH-3. A number of PH-3's were assigned to the Coast Guard and this airplane has Coast Guard markings. The image was apparently cut from an aviation magazine and pasted on a standard #6 envelope. Unfortunately, the postmark is not clear enough to determine the day and year it was mailed, but probably in December 1943 at Riverside, IL. I base the year date upon the 1943 Christmas seal tied to the cover. The addressee, John F. Vickery, was a stamp dealer specializing in U.S. and British North America stamps. Possibly, a friend or customer made it and mailed it to him, or he may have made it and mailed it to himself. Whoever prepared it created an attractive cover for future collectors like me.

While I collected this cover for the aircraft images on the reverse, it has two other collecting points. The first, it is a first-day cover for Sc. 908, the Four Freedoms issue, and, second, it is a patriot cover with a Keep 'em Flying slogan, which I also collect. The most important collecting point for me, however, is the image on the reverse flap of three Curtiss AT-9 "Jeeps" flying in formation.

Curtiss AT-9s were not high profile aircraft. I have never seen one before on cover or on a stamp. The AT-9s were used as multi-engine trainers. They served as a transition aircraft from single engine airplanes to the heavier, faster and higher flying bomber and transport aircraft. The AT-9 had two large Lycoming engines of 295 hp each, could climb at 3,000 feet per minute, had a cruising speed of 175 mph and a ceiling of 19,000 feet. Their design rendered them "difficult" to fly and the difficulties were purposefully left in the design to prepare pilots for the even larger aircraft. They were reportedly so difficult to fly the U.S. Army Air Force did not permit their sale to civilians as surplus after the war. As a result, only two AT-9s remain, one in the U.S Air Force Museum at Dayton, Ohio, and a second at the Pima Air & Space Museum in Tucson, Arizona.

The envelope looks like what I call "service specific stationery" sold locally around military installations. The patriotic slogans appear to have been printed after purchase. The Lubbock Army Flying School underwent name changes and closed in 1945 at the end of WW II. It was reopened in 1949, renamed again to Reese Air Force Base and closed again 1997. It is today called Reese Airpark.

The aircraft in the photo cachet on this cover is a Bleriot XI. The Bleriot gained fame and a place in aviation history by being the first airplane flown across the English Channel on July 25, 1909. This National Air Mail Week cover commemorates the 20th anniversary of scheduled air mail service in the United States and honors Earle L. Ovington who flew his Bleriot over an established airmail route between Garden City, New York, and Mineola, New York on September 23, 1911. A brochure describing the reenactment came with this cover and may be seen below. The cover is franked with Sc. C23, the 6 cents airmail stamp designed by President Franklin Roosevelt and issued especially for use on National Air Mail Week covers.

Here are two covers I acquired in recent weeks for my Aircraft on Covers collection. They are first-day of issue covers for airletters to be carried on Western Airlines and Burlington Northern Air Freight flights. They are franked with special airletter "stamps." There is an excellent background paper and checklist of stamps issued with illustrations of each by Greg Waldecker which may be found here: While the airletter service lasted only two years (1982-1984) a total of 35 different stamp designs produced, enough to make a small specialized collection. I have only three of the stamps on cover, two of which are below.

The first cover by Western Airlines includes an image of a Boeing 707 in the stamp design. the grey portion of the strip to the right is printed with magnetic ink to be "read" by US Postal Service equipment. Scott listed these stamps in its 1983-1948 specialized catalog, but did not include them in subsequent editions. The Western Airlines stamp on this cover is Sc. 1LC11 or the airline's designation WAS9 of which 12,000 were issued.