The German edition of this catalog is currently in its 18th Edition. In 2019, the ArGe Kolonein published the first English edition. 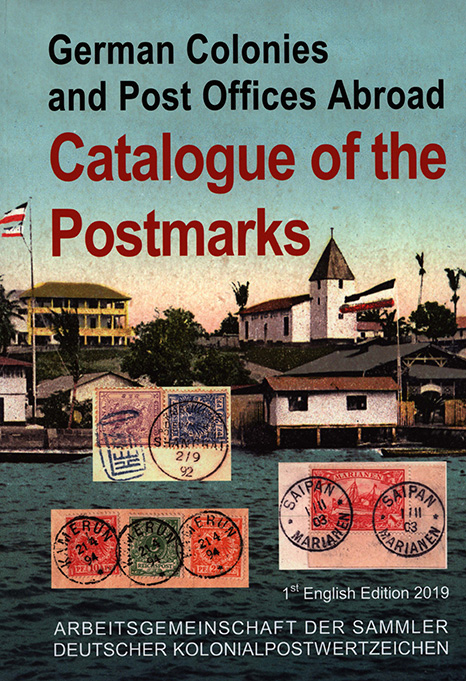 The catalog contains listings and examples of the postmarks used in all the German Colonies and Post Offices Abroad, as well as related postmarks such as those used on ships or trains in the colonies. Here's an example from German Southwest Africa: 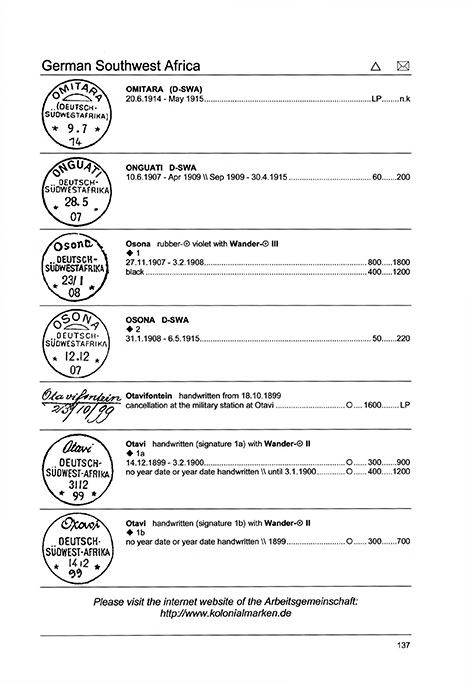 The ArGe Kolonien catalog is one of two catalogs used for German colonial postmarks, and is the only one that is still updated as new research is conducted (the other, Friedemann's Handbook, was last updated in 1988).