Another show-and-tell from deep in the collection -- the Pisa Provisional of 1902.

In the year after a massive influx of German troops into China (see previous post here), there was a large restructuring of the German forces in China, necessitating the turnover of thousands of troops. To transport the replacement troops to China, Germany chartered several commercial steamers. Among these were the König Albert of the Norddeutscher Lloyd Line and the Pisa of the Stoman Line. 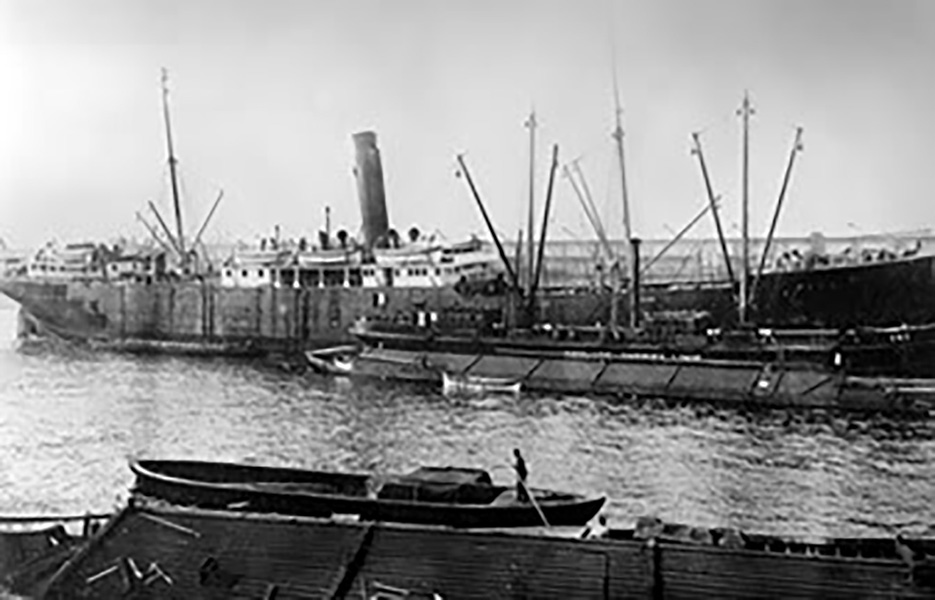 The König Albert and Pisa departed Hamburg in company on 26 June 1902 bound for China. The Pisa had on-board approximately 1,000 troops in addition to her normal crew. By 7 July 1902, the Pisa had exhausted her supply of 5 Pfennig stamps, which covered the postcard rate. This was an unusually high usage rate, and it's not known whether the shortage was due simply to the troops writing a lot of correspondence or some other unknown reason.

German naval post regulations at the time required that, in the absence of postage, the postal clerk was to apply the MSP cancel (in this case, MSP No. 2) at upper left and handwrite the value paid in cash. The item would then receive the proper postage and be canceled upon arriving at a German post office.

From 7 July 1902 to 6 August 1902, this procedure was used on numerous pieces of mail posted on-board the Pisa during the outbound voyage. The cash franking procedure was then used again on the return voyage from 22 August 1902 to 25 September 1902.

As of the last census performed by Wolfgang Hermann in 2008, 141 pieces were known. The vast majority were sent to Germany, where they received German postage and either "Berlin C 1 Marine-Postbureau" or "Berlin C 2" cancels. There are rare varieties (≈13 as of 2008) that were addressed to China, so they received postage from the German Offices in China and Tientsin cancels.

My copy was canceled on 19 September 1902 when the Pisa was between Colombo and Aden on its return voyage. The handwritten "5" can be seen at lower left. The stamp was applied at the Berlin C 2 post office and canceled on 4 October 1902. 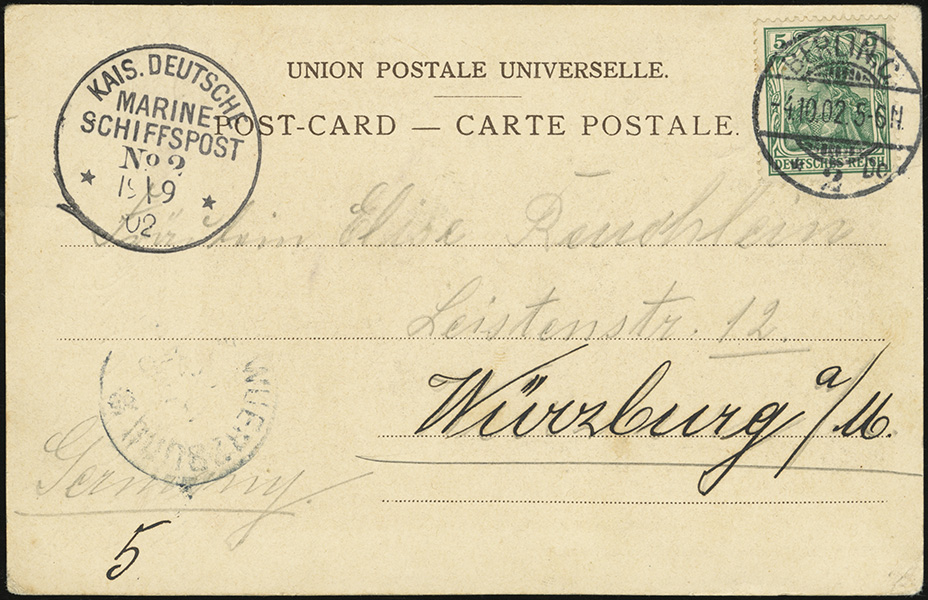 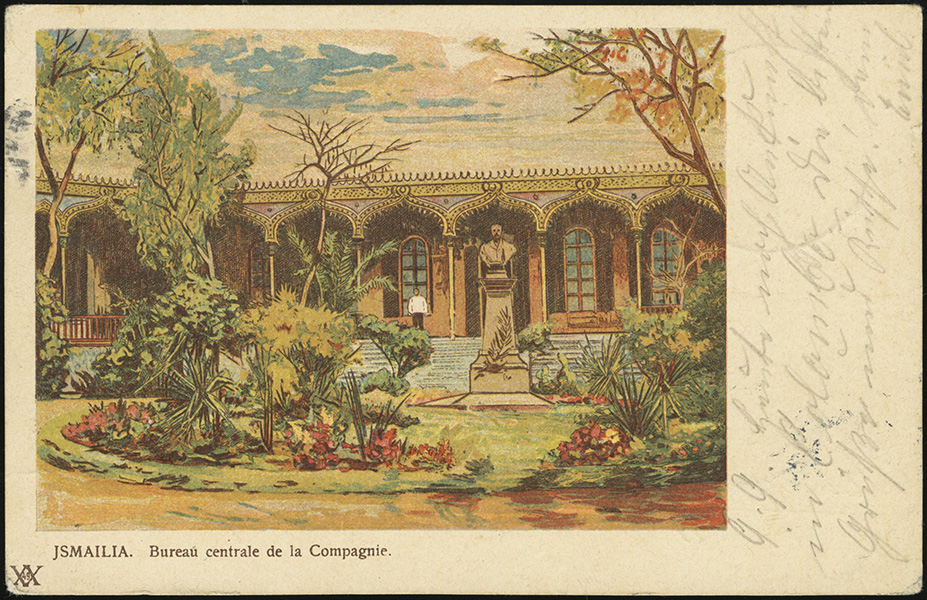 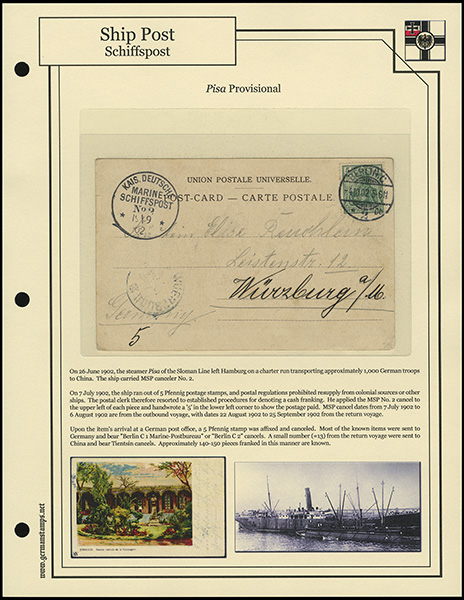